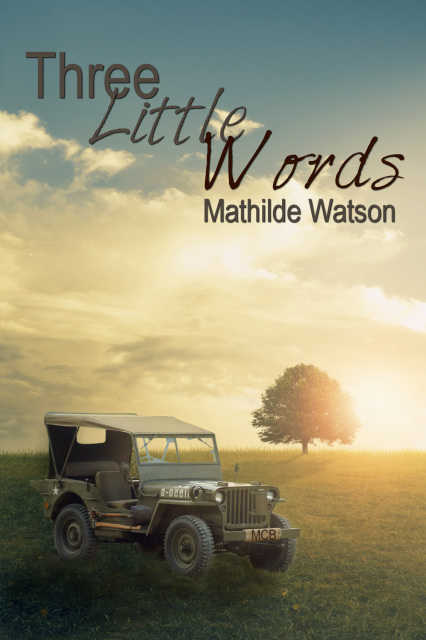 When Gary joined up to fight in Korea, he wasn’t looking for a career in the military. All he wanted was to be with Hugh. But the war ended before he got there. Now he’s returned home after three years, back to a town grown too small and back to Hugh.

He’s discovered things about himself during his time away and is finally realizing what he really feels for Hugh. Now they need to fight through the feelings they’ve harbored for each other, because they may not even be fighting for the same thing anymore.

Gary Williams clung to the edge of the bench seat, regretting his decision not to fasten the seatbelt, as Hugh Davis took the jeep around another sharp corner, driving much too fast. The tire hit a tree root and the truck jolted, bouncing Gary across the cab. He landed right next to Hugh, their knees pressed tightly together. Hugh laughed and reached between Gary's legs, grabbing the gear shift and slowing down to a safer speed. Gary blushed, trying to figure out a way to get back over to his side with Hugh's arm in the way. Hugh kept his hand on the stick, watching Gary out of the corner of his eye and smirking.

"You. God, it's good to have you back. This past year was hell without you." Hugh slipped his hand off the shifter and onto Gary's thigh, squeezing gently before returning it to the steering wheel. Gary stared at Hugh's profile until his common sense kicked back in. He laughed and threw his leg over the stick, scooting away from Hugh and hiding a blush.

Being pressed up against Hugh, being touched like that… It sent Gary's mind down a dangerous path, one that made his blood race and his penis stiffen.

"Well, now you know how I felt during the year after you left, waiting around for my turn to enlist," Gary replied, forcing a smile he didn't feel. The two situations were really nothing alike. A year younger than Hugh, Gary had watched, helpless, as his best friend shipped off to Korea in the middle of a devastating war—a violent conflict that ended just as Gary's orders came through.

"Oh, I remember. The last time I saw you, you were chomping at the bit, ready join up and get the hell out of here! You couldn't sit still for half a minute. And your letters after I left were more of the same…" Hugh's voice broke, and he blinked his eyes rapidly. The joy had fallen from his face, replaced by a wistful twist to his lips. Gary shifted nervously, about to say something—anything—to break the tense silence, when Hugh sighed and continued,

"What? Hell, no! No chance of that. I've had my fill of following orders." Gary snorted and balled his fist, punching his knee with enough force to sting. His eagerness to join the army three years ago had nothing to do with dreams of adventure. What he'd wanted was to be with Hugh.

"I hear ya, buddy." Hugh reached over and covered Gary's hand with his own, squeezing briefly and offering a quick smile before turning his attention back to the road. He changed gears and gunned the engine, propelling the jeep up a steep hill and around another sharp corner that led into a thickly wooded area. Gary jiggled his leg nervously, watching as the path got narrower and the foliage denser. They'd left the town far behind them, and the wilderness ahead promised a welcome change.

"Hey, no need to thank me. I know exactly what you mean! I only lasted two months at my folks' place after I got back. They expected everything to go back to the way it was; they want to know where you're going and who with and when you'll be back… A hell of a lot changes in two years."

"Yeah. I mean, I know she loves me and she means well but… she was smothering me. And I know the town is growing—new houses, new people and new shops are going up everywhere—but it all feels smaller somehow."

Silence fell over the cab again and Gary closed his eyes, wiping his sweaty palms over his thighs.