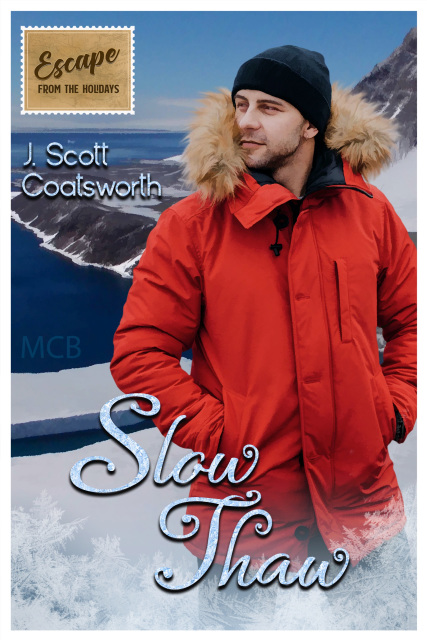 Escape from the Holidays

Javier Fernandez is a climate scientist living in a research station near the South Pole. Since his husband was killed in a car crash, he’s preferred to be alone, and is less than thrilled to have a junior scientist thrust upon him by his rich patron.

Col Steele is a trans man fleeing a bad break-up. He is ready for the next step in his career, and eager to spend Christmas anywhere but at home.

When a crack in the ice separates the two men from safety, they are forced to come to terms with their own losses and each other.

Part of the 2018 "Escape from the Holidays" Series

Burning Down the House by Gregory Norris

The Holiday Spirit by Carole Cummings

Celebrations in the Season of Long Nights by Mere Rain

Something to Celebrate by Evelyn Benvie

Waiting on the Rain by Freddy Mackay