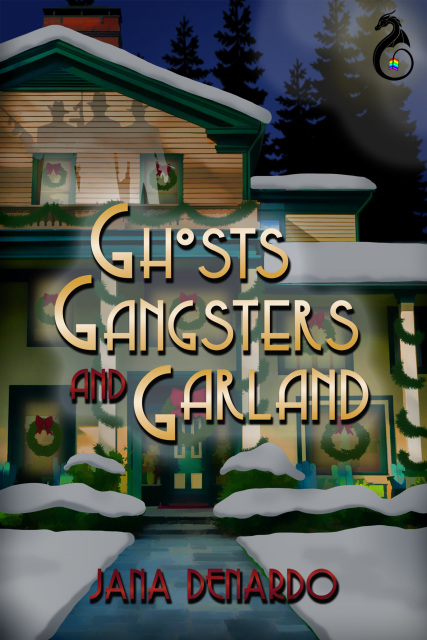 Zia, Dolores and Kane all possess the magic to fight monsters but all they want now is a nice Christmas break. Partners in life and at work as monster-slayers for a group known as the Clipeum, they’ve been risking life and limb keeping humanity safe. They’ve won their hard-earned vacation their boss has set up for them: a week in a small hotel in upper Wisconsin. Their boss mentioned in passing it used to be a gangster retreat in the heyday of prohibition.

Gangster ghosts, would-be witches, over-enthusiastic children, animated snowmen and a century old former gangster moll who has a little spark still in her add up to a not-so-restful Christmas. Zia, Dolores and Kane trade comfy clothing and relaxation for spellcasting and ghost wrangling. Still they might just be able to rescue themselves a Merry Yule from all the chaos.