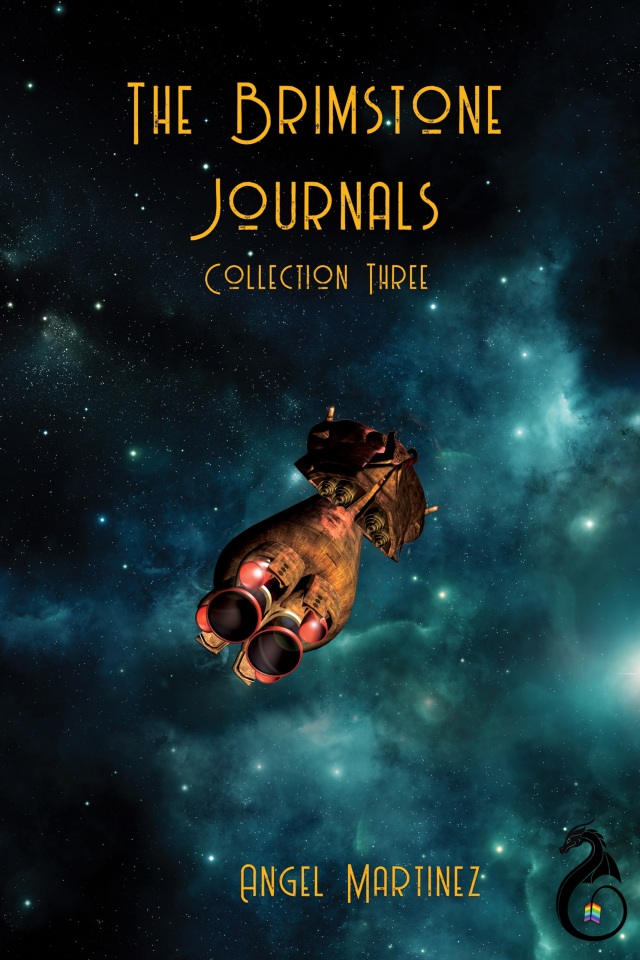 Cargo hauler, brigand ship, privateer. Crewed by the exiled, the misplaced, the uniquely strange and even a certain government assassin. Together, they've faced interstellar criminals, the wrath of archangels, the threat of frogs, their own terrors, nearly deadly buttercopters, and government paperwork. Through it all, as Brimstone's inhabitants expanded from two demons on the run to a complement of eleven various and sundry beings, they've become more than crew. They've evolved into family. Join us now for some snippets from the characters' timelines, flash fiction shorts between the stories from Shax and Verin as kids in Hell all the way to events after The Hunt for Red Fluffy.

The Brimstone Journals, Collection Three also includes a novelette in which the crew discovers that sometimes the simple task of holiday shopping is much more dangerous than it should be.

Hell for the Company

Beside a Black Tarn

The Hunt for Red Fluffy

The Brimstone Journals: Collection One

"Can I open my outside visuals yet, Cappy-poo?" Shax grinned at the breathless eagerness in Ms. Ivana's voice.

"Not quite yet, dearest. Almost there."

"Your AI is weird," the ordinance contractor muttered.

"Ms. Ivana is the absolute pinnacle of AIs." Shax didn't quite growl, but it was a close thing. "This ship would be nothing but a pile of parts without her."

The contractor huffed, but wasn't stupid enough to disagree since Shax was the customer—the well-paying customer. To be fair, this small company had done an amazing job with some less than traditional requests and Shax would be eternally grateful to Commander Dunstan for hauling the Brimstone to Triton Station for repairs. Few stations had the vendor options a huge installation like Triton had—such as not one, but three ship's armaments contractors.

With the generous repair compensation from the ISE, Shax had been able to use other criteria besides cost in his selection and the Brimstone now proudly carried an aft plasma cannon and retractable remote guns on both port and starboard. Very special guns…

Shax leaned over to Heckle. "You may want to cover your ears." Then to the ship, "Yes, madame. Now."

A two-second delay preceded an excited squeal so loud it rattled the deck plates.