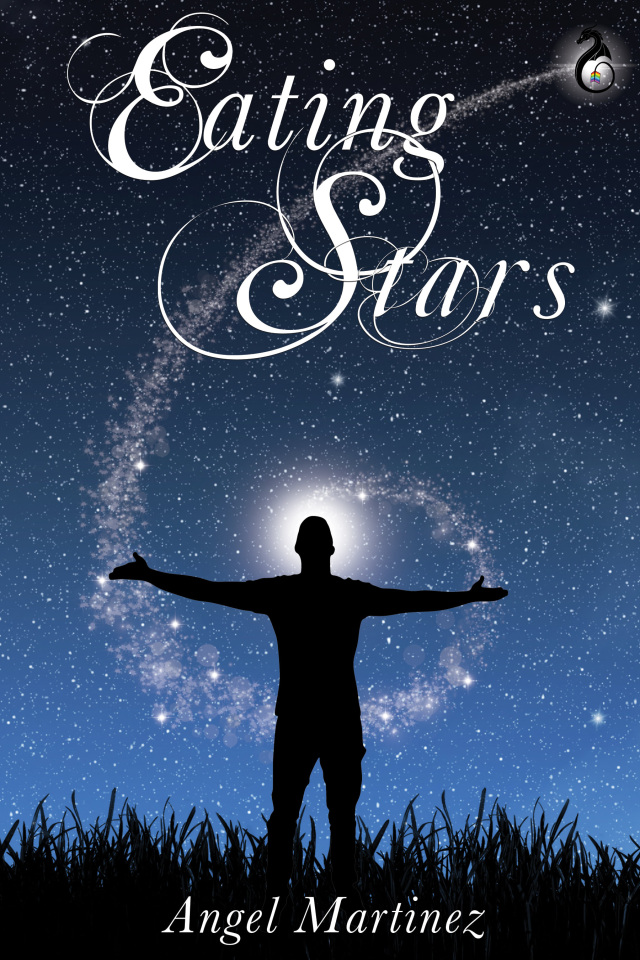 Flee. Scatter. Take your mates and your offspring and run.

The escape pods fall to Earth one by one over the course of weeks, a mysterious and diverse alien diaspora, each pod containing a different alien race and leaving the world's governments scrambling to deal with this unexpected immigration. Serge Kosygin, still grieving and isolated after his husband's death, watches events with gray disinterest until one day he witnesses a pod crash for himself while driving home. Two of the alien visitors have died, but one survives, badly injured, and Serge is determined that if this alien is also going to die, it won't be under the harsh lights of a government facility.

Devastated by the loss of his life mates in their desperate effort to reach safety, the knowledge that Een is the last Aalana in this sector of the galaxy only compounds his sorrow. He wakes in an alien dwelling under the care of one of the native dominant builder species, a being who appears to share nothing with Een besides a bipedal structure. Slowly, with the help of his patient and kind host, he discovers they are more similar than he imagined as they share harmonies and his host assists him with language acquisition.

Their tentative first contact soon evolves into a deepening friendship, a balm for two grief-weary souls. They'll need each other and their growing bond for the troubles lurking just ahead.

Eating Stars was previously published as part of Meteor Strike: Serge & Een as a novelette. It has undergone extensive rewrites and edits with over 10,000 words of new content added.

When the gray ships had first appeared at the outer rim, Aalana system stations attempted contact and assumed that the lack of response was due to a need to acquire language first. They had established contact with several other spacefaring people by that time, and had experienced hesitance before, waiting to speak with the Aalana until they could do so and be understood.

The ships' continued silence worried Een as he tracked them from his listening post with growing concern.

"Laiin?" he sang over to where she worked at her data station. "Have you calculated their trajectories?"

"I do so now." Her notes conveyed shared concern, but her hands never faltered over her numbers. "Message home, Een. Query status. Aal, inform the director."

Ships from first contact people usually approached by degrees, but these ships, sleek and fast, hurtled through the system, arrowing toward the Aalana homeworld with dreadful purpose. Een and his mates, Laiin and Aal, had been working as deep-space listeners on one of the far-orbiting stations closest to the system's edge for several revolutions and had never seen anything like this.

The director gathered all of the station employees into the listening station's pod where they waited together, lim waving, nearly everyone humming in concern. The hours between query and answer were agonizing and Een nestled between his mates, shivering. They huddled closer when the horrifying message finally reached them, broken and desperate.

All… communication failed. Beams… widespread destruction… all cities… silent…. millions dead. They slaughter… careless abandon… medical… crèches… all gone. We are the last. All are gone. Our pleas… no mindfulness… only death.

The director hesitated only a moment, her faiina all standing up in sharp, shocked points. Then she began to sing in a strong, martial tone and point to her people. "Go, Check the jumpship. Take all we can in supplies. Send beacons out with this message to every deep-space Aalana ship we have on file, every other in-system station. Send the message from home and add to it, Flee. Scatter. Take your mates and your offspring and run. We must survive."

Almost the last to leave, Een and his station colleagues barely escaped in their single jump ship as the gray war vessels began to sweep the system for remaining Aalana. From the viewports they watched, clinging together as the hostile ships fired upon the poor little station that had been their home. They could only watch in helpless horror as the station exploded in a bright, single flare.

They ran silent, unwilling to give the gray ships transmissions to trace, songs their scattered people might feel compelled to answer and thus betray their own locations as well. No why emerged in their time of flight, no reason an alien race would wish to annihilate a peaceful people. While some of the youngest Aalana speculated and agonized over motives and how the disaster might have been averted, most of them knew there could be no adequate reason, no justification for genocide.

Rumors and whispers led them to Sanctuary, an ingenious, multispecies station populated mainly by others who had fled the invaders, each from their own doomed home planets. Hollowed out asteroids connected in strings and clusters by force fields served as habitats and common spaces, brimming with races both familiar and new to the Aalana refugees.

The gray ships would come. No one doubted that eventuality. The enemy would track their prey. The various races combined their knowledge and technologies in a two-pronged effort: first, find a planet in a far-flung arm of the galaxy on which to make a stand and second, invent a way to allow the entire station to make the jump. Many of the jump ships had arrived damaged and Sanctuary no longer had a fleet large enough to accommodate all the refugees.

Too soon, outlier scouts sent the alarm. The gray ships were coming. The new field emitter configuration wasn't ready, but they had no time. With the enemy closing on them, they were forced to make the jump, damaging the field generator and the emitter array. In the catastrophic field generator failure, the explosion had destroyed all the central habitats and sent the surviving asteroids hurtling away from each other. Those who remained set course in a last, harried attempt to reach the target planet. From all the grief-stricken, frightened messages back and forth, Een's pod had been the only Aalana vessel remaining after the generator explosion.

In their desperate flight here, how many species had been lost? How many songs had died?

The scattered pods limped toward the third planet from this system's star on widely spaced trajectories. It would take days upon days for all of the pods to reach their goal and Een's would be among the last to arrive. By then, perhaps, they would know if the people of this planet had reacted with more curiosity than hostility to their landing. They had no viable choices remaining. These alien beings were their last and only hope.