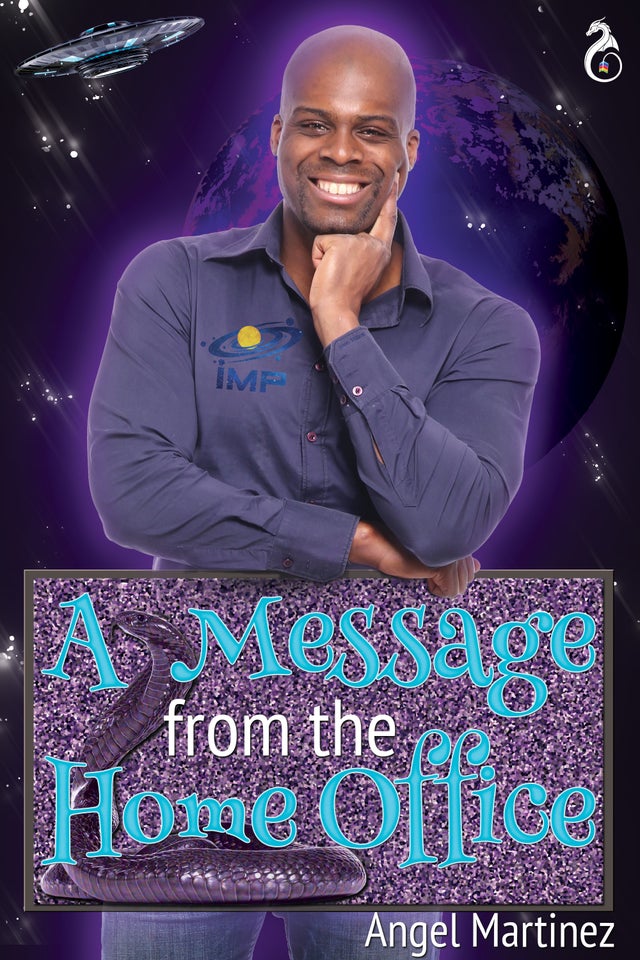 A Message from the Home Office

Sissal Naganos, cobra yervath and diplomat banished to the hinterlands, didn't ask for an assistant, and he certainly didn't ask for such an annoying one.

Being an OIL (Onsite Inter-species Liaison) for the Interplanetary Multispecies Pact has never been an easy job. In fact it's a crap job when stuck on a backwater nowhere planet like Earth.

But cobra Yervath Sissal Naganos manages. The demotion was swift and heavy-handed, but he'll climb back out of this hell eventually. Humans don't meet his social needs, so, yes, it's been lonely and he tells himself he likes the solitude. That is, until IMP sends him an irritating new assistant he never asked for. Now his peace is well and truly disturbed and his paranoid diplomatic reflexes have reawakened. The worst part is the kid didn't have to be so cute.

A Christmas Cactus for the General by Angel Martinez

A Message from the Home Office by Angel Martinez

The Nut Job by Freddy MacKay