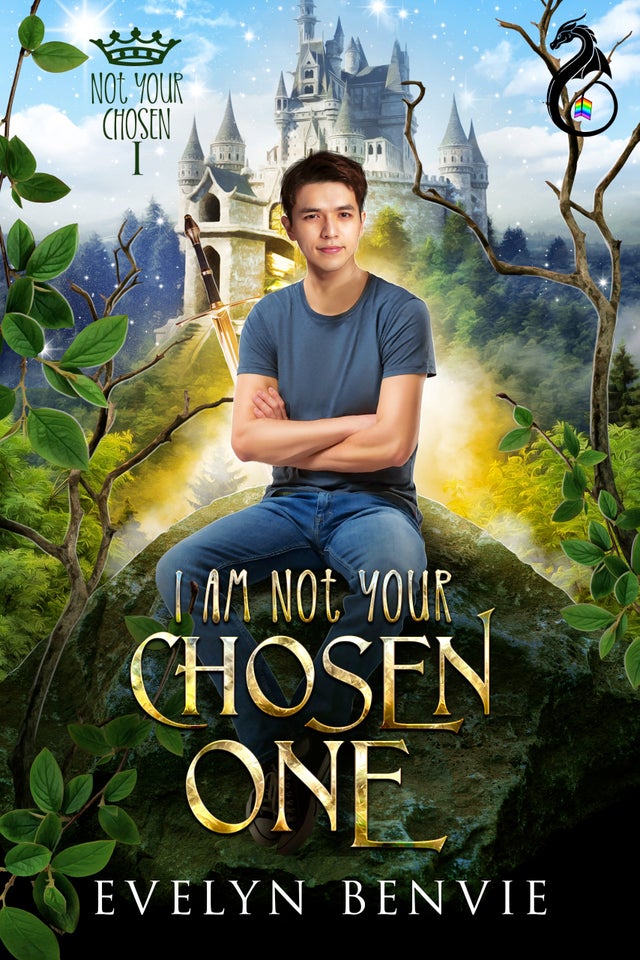 I Am Not Your Chosen One

Kell Hồ Sinh Porter is twenty-six years old and desperate to leave his unhappy life and his dead-end town.

One night his wish is granted by a mysterious voice—though not in any way he would've imagined—and he finds himself in the semi-magical land of Allune where everyone thinks he’s the “Chosen One.” Kell politely disagrees, and absconds from his duties. On the search for an adventure that doesn’t come with world-saving responsibility attached, he’s joined by companions. Every adventurer needs them, but his turn out to be Ansel, a sheltered fallen angel, and Fre, a half-orlk who wants to be a hero.

Destiny, bad luck, and the gods conspire against him. The Dawn Goddess wants him to take up his Chosen One mantle, which Kell is sure means becoming cannon fodder in an ancient divine war. The Lich King’s demonic minions carry out sporadic attacks in an attempt to kill him and prove he is not the Chosen One. Temperamental elves, talking stars that aren't all that helpful, image-conscious demons, maddening pieces of prophecy that everyone thinks Kell should already know, and his growing feelings for Ansel all mix in a frustrating stew as Kell tries to juggle his feelings, his duties, and all the things trying to kill him. No one asked him if he wanted to be anyone's Chosen One, and he can't begin to understand why he was chosen.

Kell needs to figure out who to trust and how to forge his own path before it's too late for Allune and for him.