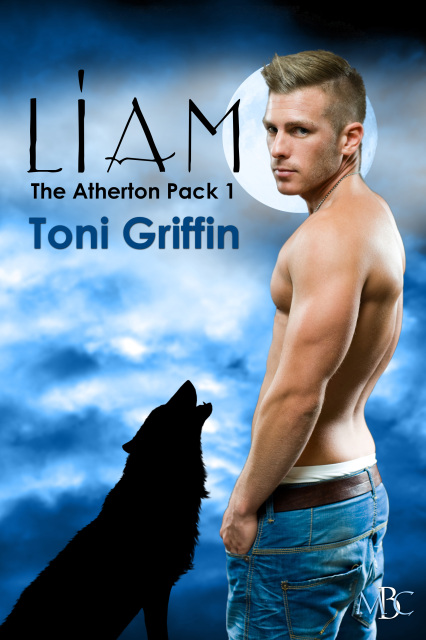 After a long night at work, all pastry chef Declan Morgan wants to do is have a run before he heads home to bed. His peaceful lope through the forest turns into a nightmare when he witnesses his Alpha kill a pack member in cold blood. Now Declan is on the run from the very people that should be protecting him.

Liam Anderson has never minded all the travel that comes with his position as a Beta to the Pennaeth Alpha. He's used the time to search far and wide for his mate. He never expected to find the man naked and scared on his back porch.

Liam's overjoyed at finally finding the one man fated for him, now if only he can get Declan to open up and trust him with the secrets he carries.

Please Note: This is a re-edited second edition. The only changes made were edits.
Add to Cart

Another week passed with Saturday night arriving as it invariably did, and Declan Morgan once again found himself alone. Sometimes the fact he had no friends really bothered him. He had a younger brother, Tommy, and they were close, but the ten-year age difference naturally kept some distance between them. Declan didn't really want to hang out with his little brother all the time. They were members of the Cairns pack, but neither of them had made many friends.

Tommy had really connected with two guys his own age. Declan, however, hadn't managed to hit it off with a single person. Declan never felt very comfortable around other people. He always worried he would say something stupid and end up embarrassing himself, so most of the time he didn't say anything at all and just kept to himself. Being a pastry chef wasn't conducive to gaining friends. Declan woke up at four most mornings and crawled back into bed by no later than nine at night.

Since their parents' deaths a couple of years ago, Declan had watched over Tommy. They had packed up their lives last year and moved to Cairns, Queensland. Coming from the sweltering heat of central Australia, it seemed the perfect place. Declan hadn't really wanted to move halfway across the country, but he had to go where he could find work.

Now he just had to stick it out at his current job for another year or so, until he'd saved up enough cash to open his own bakery. As much as he loved what he did for a living, he didn't really enjoy the job he had at the moment. It was much too commercial for his liking. He didn't want anything huge, just a small little bakery, and he thought with Cairns' large tourist population, it would suit his needs. Declan had started to count down the days until he could realise the dream he'd had since he'd been a little boy.

Pulling his phone from his pocket, Declan dialled his brother.

"'ello." The voice of his younger brother came through the phone.

"Dec, where are you, man? I expected you home hours ago." Tommy sounded worried, and Declan really hadn't wanted that.

"Sorry, Tommy, got caught up at work. They had two staff call in sick, and I had to stay back to make sure everything got done. I'm just out at the pack grounds. I need a run. I should be home in about an hour," Declan told his brother.

"Okay, no worries. Chase, Jackson, and I will save you some pizza."

"Yeah, like there's going to be any left when you get through with it," Declan heard Chase say clearly through the phone line due to his enhanced hearing.
Declan laughed. His brother's friends were right; the way those boys ate food, it would be a miracle if any survived for him.

"Don't stress about it, Tommy, I can get my own food. Enjoy your evening with the guys and I'll see you soon."

"Will do. Later." Tommy hung up the phone. Declan checked to make sure the call had been disconnected, then stored his phone and his wallet in the glove compartment of his car before getting out.

Sighing, Declan glanced around, making sure no one could see him, and then he stripped his clothes and stashed them on the passenger seat. It had been forever since he'd had an opportunity to change and let his wolf run free. Yes, he and Tommy had joined the local pack, but Declan really didn't like the Alpha. The man really epitomized the word sleaze, with a capital S. Declan had yet to attend a meeting where the Alpha hadn't been leering at or trying—unsuccessfully most times—to get into the pants of most of the pack members. He didn't seem to care what gender they were or if they were already in a relationship. After the Alpha's first attempt at Declan, which he shot down, he did his best to avoid pack meetings.

He shivered in the cold night air before taking a deep breath; Declan relaxed his body and let the change come over him. Once complete, Declan shook his entire body, from snout to the tip of his tail. God it feels good to once again be on all fours. Lifting his muzzle slightly, he sniffed the air. Catching the scent of a nice juicy rabbit in the distance, Declan took off through the trees.

He'd been running for maybe twenty minutes when he finally got sick of playing with his food and pounced. He didn't always hunt and eat when in his wolf form, but it had been a while, and he could feel his wolf getting antsy. Hunting always calmed his other half down.

Happily chomping down his small feast, it took Declan a minute to realise what the sounds were that drifted through the trees. Taking one last bite, Declan cautiously got up from where he had been lying on the ground and slowly made his way towards the angry voices.

Step after careful step, Declan didn't want to make any noise and alert whoever to his presence. Crouching down low behind a shrub, Declan could see through into a clearing on the other side. He had thought he would be alone out here, not only because it was a Saturday night and people usually had something better to do, but also because he hadn't seen any other vehicles in the car park. There were two lots and he hadn't bothered to drive around to the other one because it surrounded the entrance all the way on the other side of the pack lands.

The angry voice of his Alpha brought his attention back to the group of men in the middle of the clearing.

"How dare you steal from me?" Alpha Kegan Wallis's hard, icy tone caused the fur on the back of Declan's neck to stand on end.

Declan could finally recognise the man currently being held between the angry Alpha's two Betas, Gregory Stone and Barry Stuart. Nigel Cummings stood slumped over, and Declan believed the only reason he remained on his feet and not on the ground was due to the two Betas holding him up.

Nigel looked like shit. Declan had no idea what he'd done to piss the Alpha off so much, but whatever it had been, he was copping a beating for it. His eyes looked to be almost swollen shut, blood steadily oozed from a split lip, and his right cheek seemed to have split along his cheekbone.

"I didn't take anything. I swear, Alpha."

"Liar!" Declan watched Kegan Wallis punch Nigel in the stomach. Nigel doubled over, the air expelling from his lungs before the two men holding his arms roughly grabbed him and pulled him back upright.

"Do you have any idea how much a kilo of coke is worth on the Australian market?" Alpha Wallis snarled at the bruised and battered man.

Alpha Wallis sneered. "You cost me upwards of a hundred grand. All because you wanted to be cool and fit in with some fucking humans."

"I didn't, I swear. I don't do drugs. Please," Nigel begged, struggling against the men holding him.

Declan wouldn't have thought Nigel the type to steal or try to impress what sounded like a bunch of drug-fucked humans if they wanted a kilo of coke.

Declan watched in utter horror when his Alpha pulled out a gun and pointed it at Nigel. "You really shouldn't have fucked with me, Nigel."

Alpha Wallis cut Nigel off in the middle of his struggles when he put a bullet through his head. Declan whined quietly and quickly backed up, wanting to get away as fast as possible. Unfortunately his back leg came down on a twig and snapped it clean in half.

"What the bloody hell was that?"