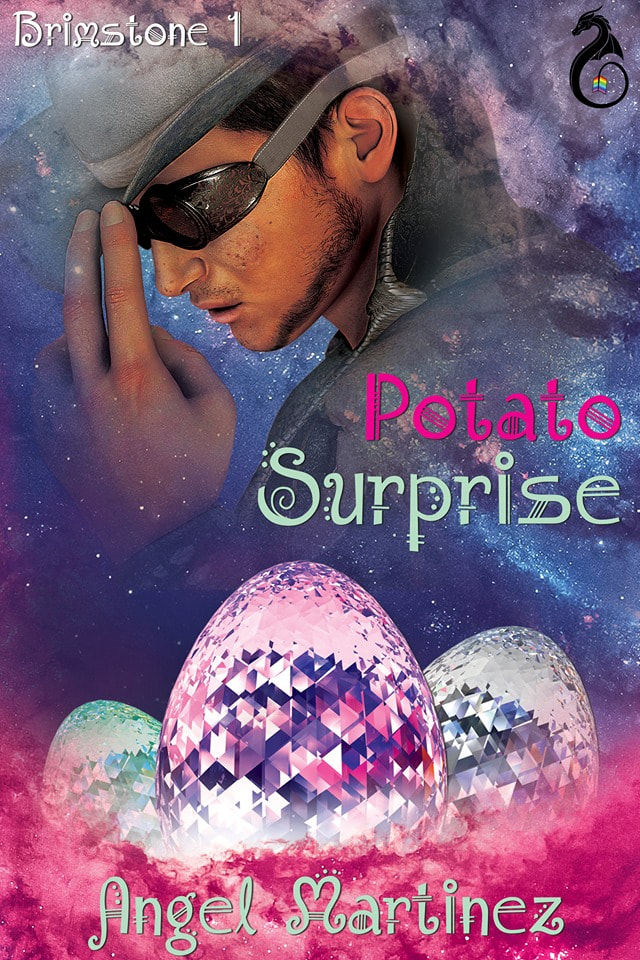 When a steel trap of celestial and infernal politics threatens to close around them, Shax and Verin flee Earth’s system in a stolen ship, leaving everything behind. It’s an elegantly simple plan, with a new ship and a new life as carefree brigands among the stars.

But the ship seems to hate them, and in order to have any sort of life they need funds. A frightened man offering them a contract to deliver three mysterious crates comes just in time, and Shax is sure their troubles are over. Out of his environment and in over his head, Shax scrambles to understand the players and the consequences of his new life. With cargo that’s not what it seems, shadowy motives around every turn, and a gorgeous rogue named Julian for a dash of added confusion, Shax’s grand schemes of a new start may be his demise before he can even begin.

A huge shadow blocked half the meager light from the corridor floor runners. "What the fuck are you doing now?"

I don't have time for this. "I'm reading the manual."

Sulfur-laden steam accompanied Verin's next snorted breath, his clawed feet scraping the deck plates. "I see that, numbnuts. Why aren't you in the fatherfucking pilot's pod?"

"Ver, I'm not doing this for my health." Shax glanced up, then was sorry he had. Verin's broad frame, head topped with his curled ram's horns lit from below by the floor runners, was a bit too ominous for comfort. "When I tried to page through the manual in the pod, the screen froze and the console spit out reams of plasfilm. The lights flickered out, so down here on the corridor floor is the only place I can see any damn thing at all."

"You're figuring out the nav calc since you royally screwed the jump out?"

"A prince has no choice but to screw up royally," Shax murmured. "No, I'm trying to find out how to change the ship's registration."

As soon as he said it, Shax wished he could take the words back. A rumbling growl vibrated the deck plates and sparks rained down around him from Verin's harsh breaths. If his own irritation level hadn't been at several feet above his horns, he might have picked his next words more wisely.

Fingerlings of flame shot from Verin's nostrils as he surged forward and yanked Shax up by his shirtfront. The plasfilm sheets scattered over the decking. Even though his feet dangled several inches from the floor and mortal peril stared him in the face, Shax fought a sigh. I just got those back in order.

"You and your bloody stupid ideas!" Verin shouted in his face. "You steal a ship that hates us, fire up the Copernicus drive without knowing what the fuck you're doing, send us out into the hairy ass end of nowhere, and you want me to calm the fuck down?"

On the last word, Verin hauled back and hurled him across the corridor with the force of a missile launch. Pain registered, as short and sharp as his violently loud collision with a cabin door, before the remainder of the lights went out.